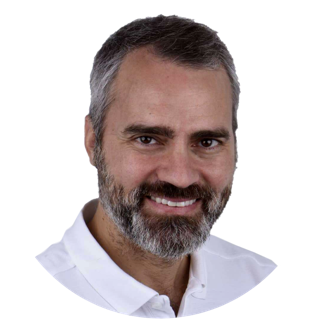 Dr. Gonzalez-Martín received the DDS degree from University of Seville in 1999 and he was appointed as an assistant professor at the same university from 1999 to 2005, while combining to private practice. In 2005, he moves to Philadelphia to obtain the MS degree in Graduate Periodontics and Periodontal-Prosthesis in 2009 from University of Pennsylvania. He received the Arnold Weisgold ́s Director ́s Award. He joined the UPenn faculty as an Adjunct Assistant Professor in 2009 and he currently keeps the position. He became a Diplomate of the American Board of Periodontics in 2009. In 2010, he received an scholarship to join to the Fixed Prosthodontic and Occlusion Department at the University of Geneva School of Dental Medicine. In 2015, he obtained an International PhD at the University of Seville. At the present moment, he teaches in the graduated program of Periodontology at University Complutense of Madrid while combines to a private practice exclusively in Periodontics, Prosthesis and Implants in Gonzalez + Solano Atelier Dental.

Influence of the implant prosthetic design in the final aesthetic outcome
THU 24.03 | 09:00

For natural appearance of prostheses placed in aesthetic areas, an adequate volume of the tissue seems necessary and different surgical procedures have been proposed to enhance the alveolar contour at the edentulous segment. However, while tissue volume at anterior implants is a key to aesthetic success, the adequate management of the provisional and definitive restoration become crucial to obtain optimal esthetic results.
During this lecture we will present the current techniques to optimize aesthetic result, also describing the concepts of the critical & subcritical contour and the role of provisional modifications in the final appearance of the peri-implant soft tissues, including the gingival margin level, gingival architecture and gingiva color.